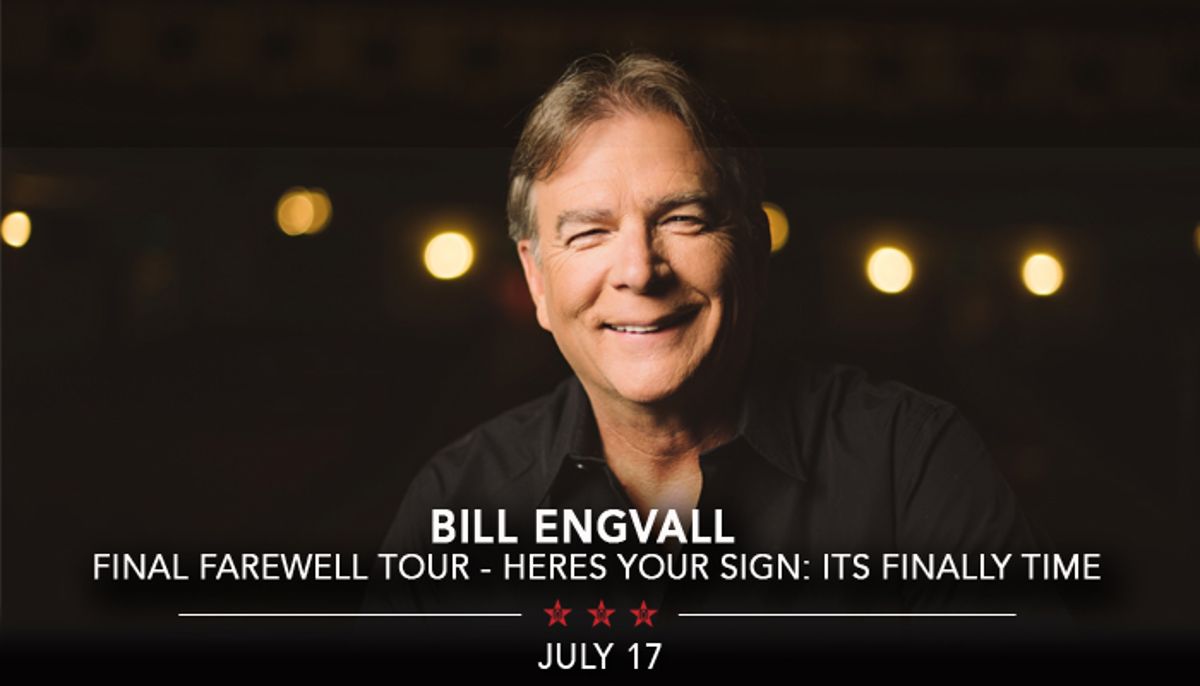 Help us send off this LEGEND of comedy in style! Bill Engvall is retiring from stand up comedy and taking his “Here’s Your Sign, It’s Finally Time” tour on the road. This great entertainer has always been successful in connecting with audiences. It’s the quality of sharing the humor in everyday situations that made Bill Engvall one of the best comedians ever. He was working as a disc jockey in Dallas and one night, while in a nightclub, he decided to try his hand at comedy. The rest, as they say, is history. From “Here’s Your Sign” and the “Blue Collar Comedy Tour” to The Bill Engvall Show and Dancing with the Stars, Bill has been there, done that. And if you want to see him doing live stand up one more time, here’s your sign your last chance.